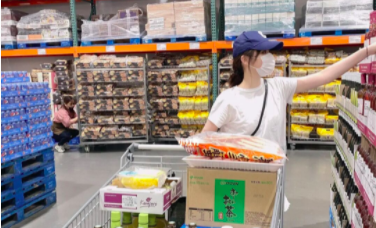 Dozens of such posts, some from users with a quarter-million followers, have been shared on the popular Chinese social media app Xiaohongshu, NBC News reported.

“Pretending to be in Los Angeles,” read captions to the posts that include photos of the influencers posing in shopping carts and on the grass outside the Shanghai outpost of the big-box retail store.

“The parking lot lawn by the Costco entrance feels like a sight of the West Coast,” one person wrote in a post, according to the report.

Another person offered advice to fellow influencers on when to capture the best picture.

“If you babes also want to take such pictures I suggest you arrive here at around 4 p.m., when the light is good, and remember to wear clothes with brighter colors!” the user said.

China has continued to enforce strict quarantines and has offered limited visa processing amid the pandemic — making it difficult for citizens to travel outside the country.

Sun in Sagittarius brings a time to shoot your shot